Eye of Newt, Wing of Bat… Not everybody likes Halloween. When I thought of this I couldn’t resist. 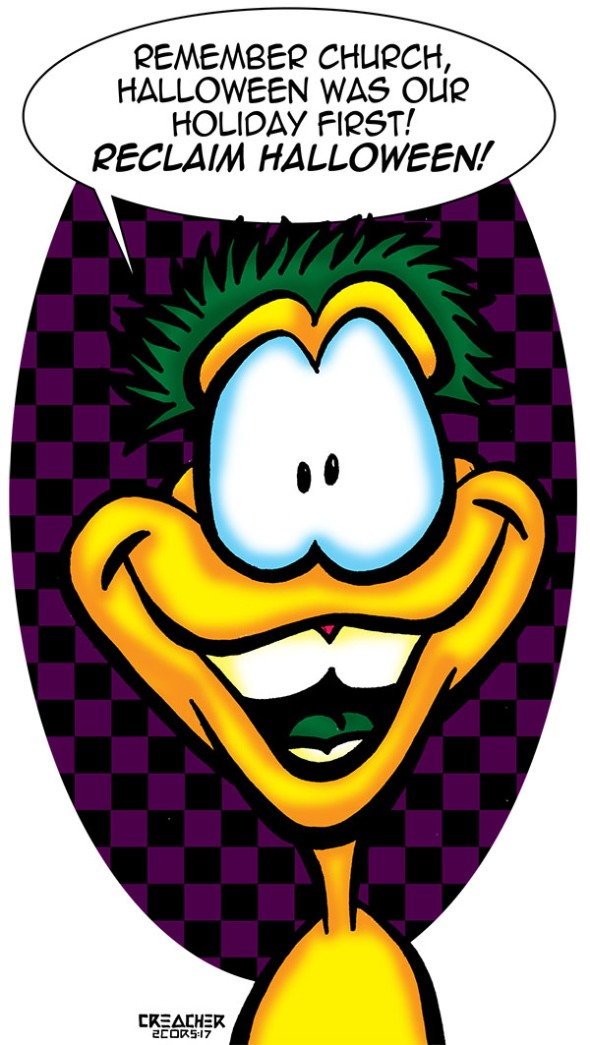 A lot of Christians have problems with Halloween but let’s remember it was our holiday first. Maybe the answer is reclaiming it, rather than being against it. How can we glorify God in this season?

As a Christian, it may alarm you to find out that Halloween is the second most popular holiday in the US besides Christmas. The challenge is for us not to lament this but rather to use it. It was a church holiday first. How can you use this time to reach out to your community and glorify God? 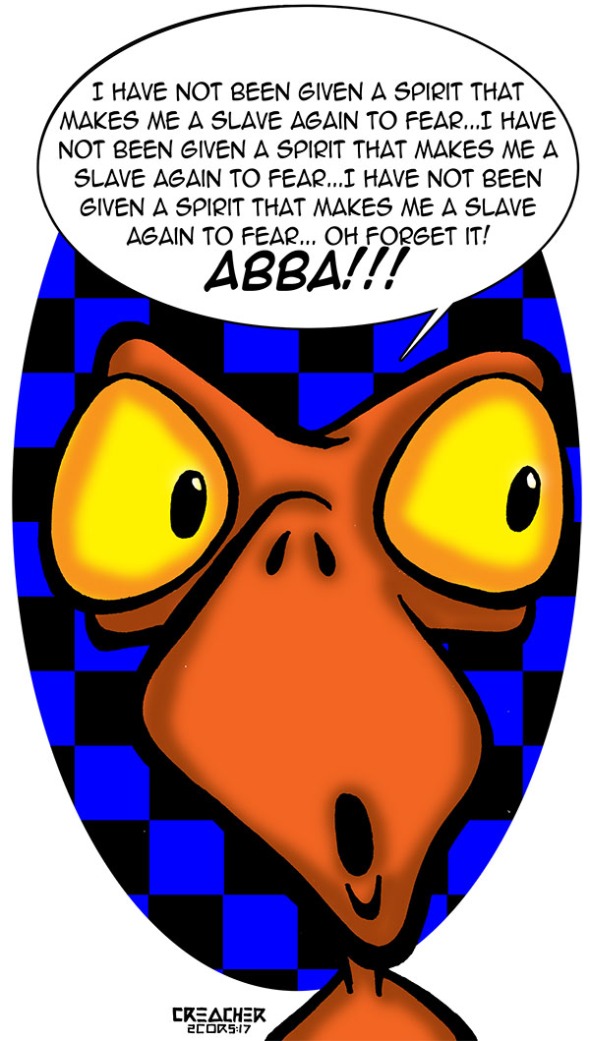 The Bible says: “For you did not receive a spirit that makes you a slave again to fear, but you received the Spirit of sonship. And by him we cry, “Abba, Father.” Romans 8:15 When you’re scared, cry out to your Father!

From time to time I feel the need to define my creations. They are not demons, nor are they monsters. They are Creachers, a concept takend from 2 Corinthians 5:17 in the King James Bible which tells us if we’re in Christ, we become New Creatures. I have experienced this transformation in my life and it was astounding. The other reason I like drawing creatures is because they don’t look like any person or group of people. You can’t look at them and say you tell em, or why is he always picking on my group. You can experience the message and decide how it applies to you.

Have you noticed the stories we’ve been telling lately? Like Twilight, am I the only one that has a problem with vampires and werewolves being the good guys? Maybe that’s our problem, in this pluralistic society you can’t tell the good guys from the bad guys. Tell a better story.

Life is short. Eternity is long. Invest Your Life Well.

CREACHER Toons
Create a free website or blog at WordPress.com.